Boxing Lessons for Beginners – The Ten Punches of Boxing

Quick Summary of the 10 Punches of Boxing. 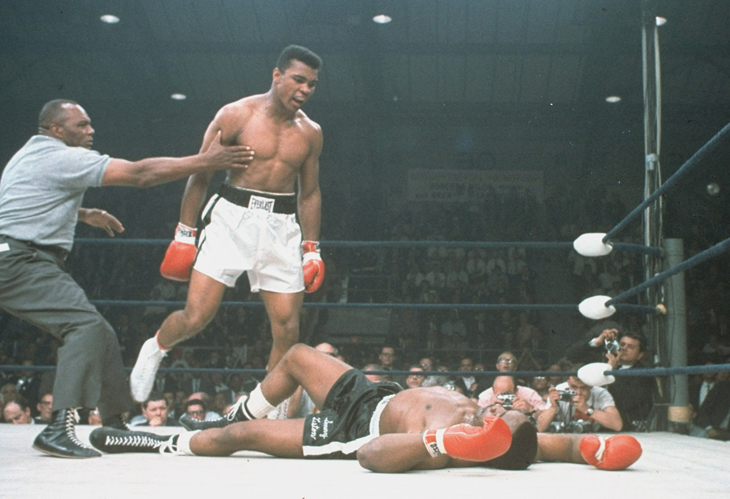 Boxing is a combat sport in which two people engage in a contest of strength, speed, reflexes, endurance, and will, by throwing punches at each other, usually with gloved hands. Traditionally, the goal has been to knock the opponent unconscious from a blow to the head.

Amateur boxing is both an Olympic and Commonwealth sport and is a common fixture in most international games—it also has its own World Championships. Boxing is supervised by a referee over a series of one- to three-minute intervals called rounds. The result is decided when an opponent is deemed incapable to continue by a referee, is disqualified for breaking a rule, resigns by throwing in a towel, or is pronounced the winner or loser based on the judges’ scorecards at the end of the contest.

While people have fought in hand-to-hand combat since before the dawn of history, the origin of boxing as an organized sport may be its acceptance by the ancient Greeks as an Olympic game in BC 688. Boxing evolved from 16th- and 18th-century prizefights, largely in Great Britain, to the forerunner of modern boxing in the mid-19th century, again initially in Great Britain and later in the United States.

Lightweight, welterweight, middleweight, heavyweight
Ring career: 1902-26 Record: 167-38-37-3 (117 KOs) and 48 no-decisions
Career notes: Almost certainly the greatest fighter never to win, or even fight for, a world title. … Fought all the way from lightweight to heavyweight, and continued to fight — and win — even after becoming almost completely blind in one eye and partially blind in another. … Problem was that he was just too good. That, and the fact that heavyweight career overlapped with that of Jack Johnson — who refused to give him a title shot, and whose behavior outside the ropes made promoters leery about the prospect of another black heavyweight champion — combined to deny him the world title opportunity he deserved. … After being forced to retire because of blindness, disappeared from view until he was rediscovered by journalist Al Laney in 1944.

Heavyweight
Ring career: 1914-27 Record: 61-6-8 (50 KOs) and 6 no-decisions
Career notes: Held world heavyweight title from 1919 to 1926, although only six of his fights during that period were official title defenses. … Furious two-fisted punching style was hugely popular with fans. … Engaged in some of the most celebrated battles of all time, including with Luis Angel Firpo and Gene Tunney. … The “Manassa Mauler” was the face of boxing at a time when it was still, along with baseball and horse racing, the most popular sport in the land. … Rakishly handsome and charismatic outside the ring, was all-action inside it, brandishing a breathtaking, go-for-broke fighting style. … Won the title by shattering the jaw of giant Jess Willard. … When he lost it, by decision to Tunney in 1926, it was in front of the largest paid attendance in the history of boxing — more than 120,000 spectators. … In rematch, floored Tunney for a count of nine, the infamous “long count” in which Tunney was actually on the canvas for 14 seconds. … After losing rematch, retired and opened a restaurant in New York.
Let’s go to the video: 50 Greatest: Jack Dempsey

Heavyweight
Ring career: 1897-1928 Record: 77-13-14 (48 KOs) and 19 no-decisions
Career notes: First black heavyweight champion. … Beat Tommy Burns to win crown in 1908, and held on to it until defeated by Jess Willard in 1915. … Was in many ways precursor to Muhammad Ali: dominant in the ring and deliberately provocative and antagonizing outside it, shocking and infuriating white society with his boldness and arrogance. … Was driven into exile for much of his reign, living and fighting in Europe and South America to avoid facing charges under the profoundly racist Mann Act, which prohibited the transport of white women across state lines for immoral purposes. … Died in an auto accident in 1946.
Let’s go to the video: 50 Greatest: Jack Johnson

Lightweight
Ring career: 1911-32 Record: 85-5-1 (69 KOs) and 121 no-decisions
Career notes: Won world lightweight championship in May 1917, and retired as champion in January 1925, making him the longest-reigning lightweight champion ever. … After more than seven years, made return to the ring, winning 18 of 19. … At one stage, fought 154 consecutive bouts without losing. … Of five losses, three were in his formative ring years, one was on a foul when challenging for the welterweight championship and one was the final contest of his career, during his comeback after a seven-year layoff, against fellow Hall of Famer Jimmy McLarnin. … Exceptional all-around talent possessed speed, accuracy and power in one package. … Became a referee after retirement, and collapsed and died in the ring while refereeing a bout in New York state.

Featherweight
Ring career: 1940-66 Record: 230-11-1 (65 KOs)
Career notes: Two-time world featherweight champion renowned for legendary defensive skills. … Achieved tremendous success despite suffering near-fatal injuries in a plane crash in 1947. … Legend that says he once won a round without throwing a punch (he almost certainly did not) is testament to defensive wizardry of “Will o’ the Wisp.” … Won first 63 bouts before losing to Sammy Angott, and then went 72-0-1 before losing again, to Sandy Saddler. … Only Saddler was ever truly able to figure him out, winning three of four times in bouts that were frequently brutal and foul-filled.
Let’s go to the video: 50 Greatest: Willie Pep

Heavyweight
Ring career: 1934-51 Record: 68-3 (54 KOs)
Career notes: Won world heavyweight championship in 1937, and retired as champion in 1949. … Held heavyweight title for longer (11 years, 8 months, 7 days) and made more successful defenses (25) than anyone. … Defined by two fights against Max Schmeling of Germany. In first encounter, was unbeaten and knocked out in the 12th round, in June 1936. In rematch, almost exactly two years later, as world champion knocked out challenger in the first round, becoming hero to black and white Americans alike, and cemented his place as one of the most popular champions of all time.
Let’s go to the video: 50 Greatest: Joe Louis

Featherweight, lightweight, welterweight
Ring career: 1932-45 Record: 151-21-9 (101 KOs)
Career notes: Only boxer to hold world titles at three different weights simultaneously. … Won featherweight crown in October 1937. … Added welterweight title in May 1938 and became lightweight champion three months later. … Challenged for middleweight crown in 1940, and held champion Ceferino Garcia to a draw. … Known variously as “Hammerin’ Hank” and “Homicide Hank.” Third nickname, “Hurricane Hank,” was perhaps the most appropriate. … Was a whirlwind of a fighter, a perpetual-motion machine who overwhelmed opponents with a nonstop, suffocating fusillade of punches. … Faced 17 world champions in career and defeated 15 of them.
Let’s go to the video: 50 Greatest: Henry Armstrong

Heavyweight
Ring career: 1960-81 Record: 56-5 (37 KOs)
Career notes: First to win heavyweight championship of the world three times. … Was banned from the ring for three years for refusing induction into the armed forces during the Vietnam War. … After ban was lifted, lost to Joe Frazier in “Fight of the Century” in 1971, but stunned George Foreman to regain belt in 1974. … Lost title to, and regained it from, Leon Spinks in 1978. … Three of defeats came in last four bouts, including two in an ill-advised emergence from retirement, against Larry Holmes and Trevor Berbick, at 38. … Transcended the sport unlike any other boxer. … Reinvented the way heavyweights were supposed to fight, deploying a speed and athleticism that was previously unheard of; also alternately bedazzled and appalled America and the world with charisma, showmanship and braggadocio. … Viewed progressively over the years as loudmouth, villain, hero and finally a figure of pathos. … Remains for many the definition of a champion.
Let’s go to the video: 50 Greatest: Muhammad Ali

Welterweight, middleweight
Ring career: 1940-65 Record: 175-19-6-2 (109 KOs)
Career notes: Won world welterweight title in December 1946, and defended it four times before stepping up in weight and winning, in 1951, first of five stints as middleweight champ. … Attempted to win light heavyweight title from Joey Maxim in 1952, but was stopped in the 14th round. … Born Walker Smith in Ailey, Ga. … Was the most complete boxer yet to grace the squared circle. … Lost just one of first 123 fights, to Jake LaMotta, a defeat avenged five times in a classic ring rivalry. … A near-perfect pugilist at welterweight, was less dominant at middleweight, but was still able to win the title five times, including three times after he had retired for two and a half years. … Only stoppage defeat was when challenging Maxim for light heavyweight crown, and then was leading on points until overcome by heat so extreme that it had forced the replacement of the referee in the 10th.
Let’s go to the video: 50 Greatest: Sugar Ray Robinson

Kieran Mulvaney is a freelance writer based in Washington, D.C. He covers boxing for ESPN.com, Reuters and TigerBoxing.com.