Victory is always possible for the person who refuses to stop fighting. 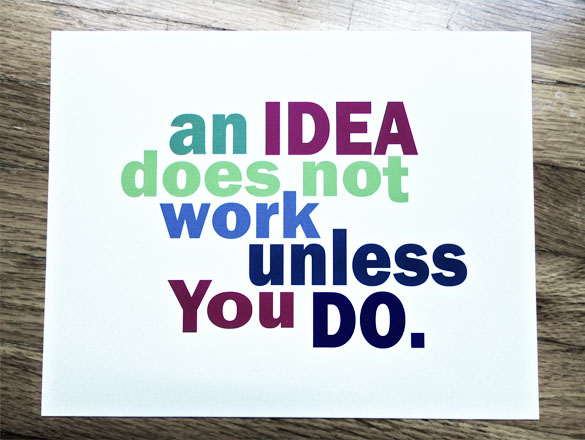 Napoleon Hill (October 26, 1883 – November 8, 1970) was an American author in the area of the new thought movement who was one of the earliest producers of the modern genre of personal-success literature.
His most famous work, Think and Grow Rich (1937), is one of the best-selling books of all time (at the time of Hill’s death in 1970, Think and Grow Rich had sold 20 million copies).
Hill’s works examined the power of personal beliefs, and the role they play in personal success.
Most of his books described principles to achieve ‘success’.

A goal is a dream with a deadline.

The starting point of all achievement is desire.

It takes half your life before you discover life is a do-it-yourself project.

Action is the real measure of intelligence.

Before #success comes in any man’s life, he’s sure to meet with much temporary defeat and, perhaps some failures. When defeat overtakes a man, the easiest and the most logical thing to do is to quit. That’s exactly what the majority of men do.

Every adversity, every failure, every heartache carries with it the seed of an equal or greater benefit.

It has always been my belief that a man should do his best, regardless of how much he receives for his services, or the number of people he may be serving or the class of people served.

Ideas… they have the power

War grows out of the desire of the individual to gain advantage at the expense of his fellow men.

Before success comes in any man’s life, he’s sure to meet with much temporary defeat and, perhaps some failures. When defeat overtakes a man, the easiest and the most logical thing to do is to quit. That’s exactly what the majority of men do.

The world has the habit of making room for the man whose actions show that he knows where he is going.

Edison failed 10, 000 times before he made the electric light. Do not be discouraged if you fail a few times.

Every person who wins in any undertaking must be willing to cut all sources of retreat. Only by doing so can one be sure of maintaining that state of mind known as a burning desire to win — essential to success.

No man can succeed in a line of endeavor which he does not like.

No man ever achieved worth-while success who did not, at one time or other, find himself with at least one foot hanging well over the brink of failure.